It is all about a friend whom I met recently after years. He is an old friend and, we had many ups and downs. It’s been a few years only of reaching this level of friendship or bond, that we can talk about anything and everything. He met some time ago and, we talked about a lot of things that we did never before, like some real opportunities, start-ups, investments, romantic relationships. And some other which I would not tell you here..!! We were talking and, in between, he said something which amazed me, and he said that in a very vulnerable way with so much dignity. Also, he said it selfishly in a good way, I felt.

We’re talking about our past romantic relationships and, in hindsight, what mistakes we made while having those relationships. And, if now a situation comes up like that, then what we’re going to do or how we’ll react to things, so that, nobody would get hurt. By sustaining our dignity throughout. It was a good conversation, where we were laughing at ridiculous things we did, also pointing out each other’s blunders and trying to fix them up for each other.
He told me how he went through everything and, still holding up with the same, how life treated him in the past, how he came from doubting himself, overanalyzing himself to being a true leader at his own pace and in his way. He told me that, in this journey, he met many people who took him for granted, who used to seek a chance to let him down. But some people did hold his hand and directed him through some parts of the storm. He told me that this storm seems perpetual, and somebody is there standing with open arms to help him but, he doesn’t want that person to come in.
(at this moment, I was confused, numb, and had a lot of questions in my mind)
He said that he does not know if that person could help him with this particular set of uncertainty. He added that “he wants to have her in his life but doesn’t want to add one more person who’ll think he is a loser.”
And It got stuck in my head..!
I’d pray that he gets everything in his life and make himself a big name in the world.

What Do You Think About What He Said? Please Comment Below.

Also, You Can Contact Me For Any Type Of Writing/Copy Writing Related Work. Thanks!

2 thoughts on “Conversations In My Head.” 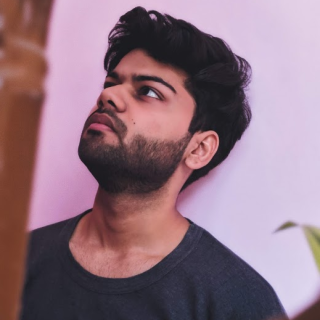